Many years ago I shared a weekend retreat with Dr. Bernie Siegel, a cancer surgeon who has pioneered the understanding of the mind/body connection in medicine. It was a very special weekend with a small group of us experiencing amazing personal growth in a loving environment. Bernie Siegel introduced me to the idea that healing a life is more important than curing a disease. He spoke of cancer patients who held the space for broken families to come together and heal their wounds around the person who was sick. After the healing, the person might or might not be cured of their disease. Sometimes it was a couple who had grown angry with each other who found healing when they focused their attention on working together to combat the illness, drawing them into a shared battle that resulted in a new closeness. Sometimes it was siblings who were divided over their parents’ estates and money who found that the sibling love-bond was more important when one of them faced a life-threatening illness.

Bernie had us draw pictures and then helped us to interpret them. He said that, before he did cancer surgery or put a patient into treatment, he would have them draw a picture. If the picture showed a lot of anger or fear, he chose to postpone the surgery until the person worked through that to become accepting of the treatment. He told the story of a patient who was a Quaker who struggled with all the war-talk about treating his cancer: killing cancer cells, the war on cancer, etc. Bernie invited him to re-imagine the chemo treatment in a way that was comfortable to him. The patient drew a picture of helpers gently carrying away the cancer cells and leaving his healthy cells behind. The chemo was very successful after that.

Our minds have the power to change our lives. The man above still had a disease to deal with, but his perspective shifted away from the battle for the cure and onto the path for the healing. The chemo and treatment stayed the same. All that shifted was how he viewed this and how his doctor talked with him about it. Mind talk and outer language.

When I learned the power of mind talk and outer language I became an avid student of Neuro-Linguistic Programming [NLP] and Hypnosis. How powerful these tools are in helping people!

And so, as you might know, we recently faced the possibility of losing our house in Colorado Springs to the Waldo Canyon Wildfire. The fire raged and then swept over a ridge toward our house. The entire area had been evacuated in anticipation of the danger but we were already staying with our daughter 2000 miles away, awaiting the sale of that same house. We watched in horror as we saw flames engulfing the hill upon which our house stood, not knowing what would be the outcome.

Many people supported us with their good thoughts and prayers. Some said, ‘We pray that your house is still standing after this.’ But we were praying for something different. We prayed that whatever happened would be in our highest good. We knew that, whether the house stood or did not withstand the flames, there is a plan and the plan is working out as it should. We knew, too, that we would learn and grow from whatever that experience proved to be.

I won’t lie and say that this has not been an emotional time, but, in the midst of the distress, we let go of the personal items that were in the house, possibly burned. We let go of our attachment to that beautiful house and accepted its fate, whatever that was. Most of our distress was in the ‘not knowing’ and in the worry over the other residents and the firefighters who were valiantly attempting to save our house and others.

The house is fine. It stands intact. Our friend was able to inspect it for us and to report that it is ‘as if nothing happened.’ Our entire block is still standing, with the loss of 1 deck the only damage that we know of on the block. Others very nearby were not so fortunate.

We are now planning to rent our furnished house to neighbors who need to rebuild after their house was destroyed by the fire. It is an amazing consciousness to realize that perhaps our house had not sold yet so that it could be standing and available as housing for others. No one was hurt in it or saving it from the flames.

If we had prayed for the house to withstand the fire, we would have been praying for the cure. Instead, we focused on accepting whatever the outcome might be, so that we might grow through the experience. We prayed for healing.

We have grown. And we now have the opportunity to use the house that still stands to assist another family through their healing.

Which will you seek in the situations of your life? Healing or Curing the Disease? 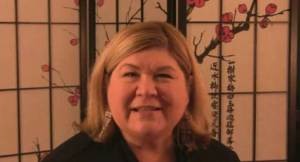 PS: Are you receiving your FREE copy of my video, The Daily Muse to inspire you to with transformative thinking? Get yours FREE; The Daily Muse, Tips for Conscious Living, delivered directly to your email box; Click on the image here for a sample!

Please feel free to re-post this article and share it with your readers and followers. All I ask is that you include the following information when you do:

« MYSTIC MESSAGE from The Divine Feminine: Healing in Higher Consciousness
BOOK LIGHTS: from “Peace and Plenty: Finding Your Path to Financial Serenity” by Sarah Ban Breathnach »
%d bloggers like this: